I am taking this subject in between  to Triple Talaq  issue before i could continue my blog on secularism and  Dr hedgewar  as  the need for this ordinance offers an insight  to what exactly is wrong with secular India.It would be best to go back to the year 1985 and touch  Mohd. Ahmed Khan v. Shah Bano Begum (1985 SCR (3) 844), commonly referred to as the Shah Bano case.

Shah Bano- If a Picture could speak tragedy-THIS IS IT

Shah Bano  a Muslim Woman  who was married for over 53 years to Ahmad Khan and bore him five children. Mohamedean law permits so  he remarried or married after 45 years in 1975 to a very young woman and thus the misery started to Shah Bano at ripe old age of 62. An age where after spending a lifetime taking care of her husband and the children she bore she was  expected to lead a  happy life of retirement, instead   this hapless woman was thrown on the street under talaq. Under 125 cr pc she filed maintenance petition in the year April 11978 and  was awarded Rs 179 by the Madya Pradesh High Court as  maintenance from her husband. The case would have rested there if Ahmad khan had just done that,Instead of giving her this paltry amount Ahmad Khan went to Supreme Court pleading his wife  has become haram after divorce and hence he is not liable to pay any alimony as per sharia laws. On April 23rd , 1985 the SC dismissed Ahmad Khans petition and upheld the Madya Pradesh  HC award.

Now this great  Secularism stepped in the avatar of illustrious son of  Indira Gandhi who was the genesis of all the ills India faces today. Rajiv Gandhi catapulted to the Muslim population and the rest of the communal parties and left and passed the infamous.THE MUSLIM WOMEN (PROTECTION OF RIGHTS ON DIVORCE) ACT, 1986, ACT NO. 25 OF 1986 (1  ) almost 10 years after the infamous 42nd constitutional amendment  by his mother which brought in that secular word into misuse.

Did he really care for Muslim community as a whole?

The issue was not about shah Bano, it was about injustice to millions of Muslim divorced women this way with millions of hapless children along with. It  is pertinent to know a bit more about this extraordinarily abusive custom of Islam which  are mainly  kept alive by secularism.

1.Nikah Halala : Nikah Halala is practiced primarily by certain  of Sunni Muslims, which involves a female divorcee marrying someone else, consummating the marriage and then getting a divorce in order to make it allowable to remarry her previous husband.pretty confusing. This is simply bewildering for non muslims . But  muslims used  this  inhuman provision not only to harass the woman but also to trade in sex. The guardians of Muslim community in India like the ALL INDIA MUSLIM PERSONNEL LAW BOARD- an euphemism for a club of uncivilized uncouth tyrants who have no legal sanctity whatso ever to  exist as a body  and passing strictures against helpless women and indulging in politics openly support this  and keep bringing in the secular word in constitution to say the Hindu BJP government in the center is interfereing in their customs. These men are part of the electoral opposition in India and openly courted by all the communal caste politicians, congress and the left political parties.

Hindu society is always ready to reinvent itself with times and has done so.But that is expected only from the majority community. Indian supreme court always easily interferes with Hindu community customs  and overturns those. Then the liberal secular champions sing hosannas to supreme court saying it has upheld secular values. Is  then secularism only  a tool to erase the identity of a civilization that existed for more than eight to ten thousand of years. 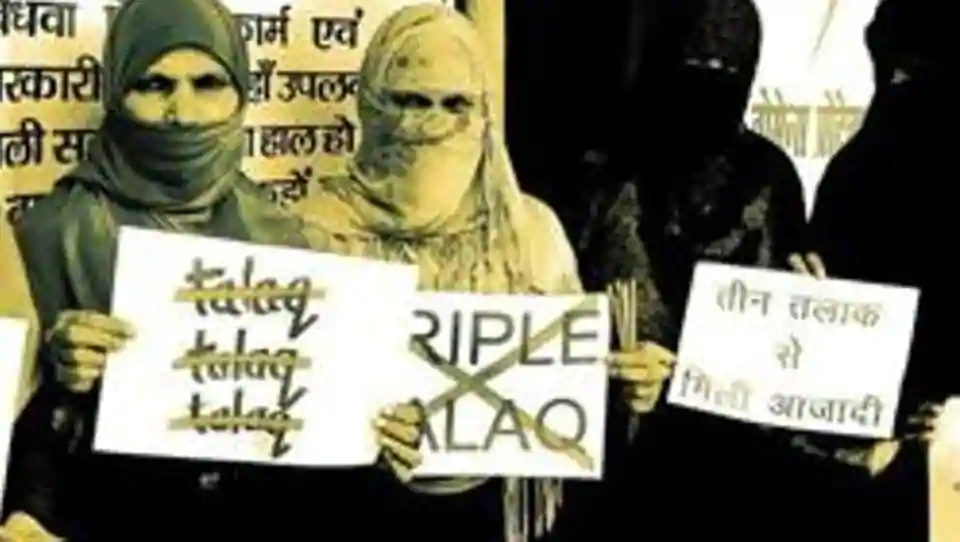 what is it about a hindu? View all posts by sanatanihindu